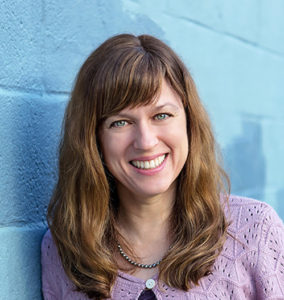 My laboratory is dedicated to the study of communication development in children with cerebral palsy (CP).  CP is the most common cause of severe motor disability in children and it affects 2.5 per 1000 in the US. Although motor impairment is the primary defining feature of CP, other issues such as intellectual disabilities, seizure disorder, and learning disabilities often co-occur. In the past, studies have suggested that up to 60% of children with CP may have communication problems, but our own work has revealed that this figure may be considerably higher (up to 75%).  Prior to our work, however, the exact nature of communication problems in children with CP had never been comprehensively examined. As a result, little is known about the nature of speech, language, and cognitive problems and their co-occurrence with gross motor, and fine motor problems. One result is that data-based prognoses for communication development are unknown, and many children who have CP do not receive appropriate speech and language intervention until they enter preschool, missing critical early intervention opportunities.

Research in my laboratory focuses on characterizing changes in speech production, speech intelligibility, language, cognition, and functional communication abilities among children with CP beginning at the age of 18 months and continuing through adolescence (and ultimately through adulthood).  This work has been funded by the National Institutes of Health since 2003.  We are currently following approximately 100 children with CP over time to understand the ways in which their speech, language, and communication abilities develop and change as children grow up.  One key facet of this work is that it involves multidimensional examination of a variety of complex communication-related variables as well as interactions among the different variables that have not previously been studied.  A primary objective is to generate a theoretically driven, data-based longitudinal model of speech and language development in CP that can be used to predict outcomes, test interventions, and guide treatment decisions. The ultimate goal is to use this model of speech and language development and the classification groups that emerge from it to develop and test individually-targeted communication interventions aimed at enhancing developmental trajectories, communication outcomes, and quality of life for children with CP.