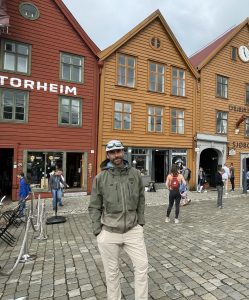 Luke worked as a speech-language pathologist with early-elementary aged students in the school setting for six years before returning for a Ph.D. He previously earned a B.A. (Linguistics, Scandinavian Studies) and M.A. (Scandinavian Studies) from UW-Madison before becoming a speech-language pathologist. He is interested in how children acquire speech sounds, from both psychological/phonological and motor-speech perspectives. In particular, he is interested in how the process of acquiring speech sound categories manifests in production and perception.